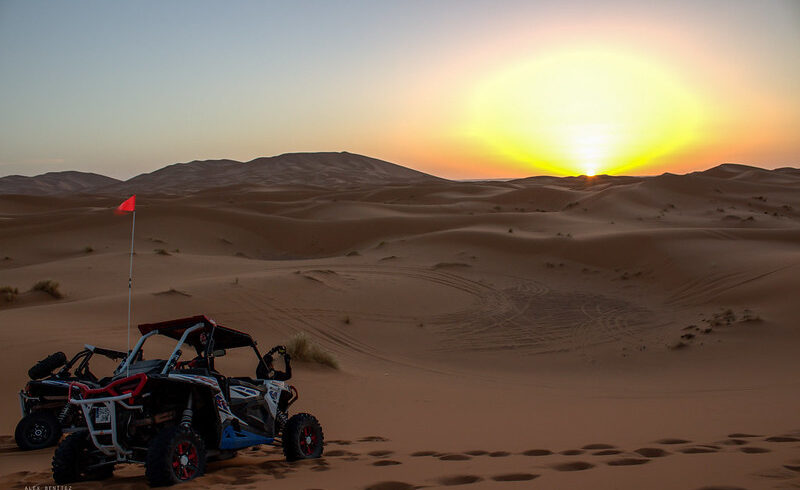 Morocco desert trip from Fes give you endless  horizon of imagination who Morocco is a stunning country :

4 days from Fes to Marrakech via Merzouga desert highlights :

This is a tour into the heart of the Sahara desert where you will ride camels into the desert, and spend the night in nomadic tents. You will enjoy the sunset over the golden sand dunes and discover the sahraoui charm.

Toru from Fes starts in the morning and we meet you at the reception of your accommodation before we drive in direction of the Middle Atlas through the groves of the olives, the region of Fes is the region that feeds the whole population, it is called the stomach of morocco, the very fertile land where grouse deferent crops: olives, grips, wheat, vegetables and more. Heading further from Fes to the east 25 km to Safrou the village that was the biggest Jewish community till the end of the 80s of the 20th century, not very far from there the village Bhalil the village of the Caves, many houses are billed on old caves inhabited by the same people for centuries it is a village of caves where people settled even before Fes, there you will have a short visit to one of those houses with cave, have a worm cup of tea with the family and enjoy the silence of the nature; in our way to Ifrane- the Swaziland of Morocco, you will be driving through the land of lakes, those mountains are rich of beautiful natural reservoirs of water, many lakes feed by the springs of the Middle Atlas mountains, they are rich of Traout. The city Ifrane merits a walk of 15 min in its beautiful clean streets and the squire, the lion of atlas sculpted by a French sculptor at the 40s of the last century, when the French founded the little city, 1704 ms above sea level well-known by the sky resorts; MICHLEFEN and Hibri. Later after lunch we are again on road driving through the big forest of Seder where we will stop for some pictures, will be possible to feed some monkeys too, they are native of the Middle Atlas Mountains. The drive will take us farther along the sceneries of the Middle Atlas, accommodation in Midelt in hotel.

Today we drive in direction of the High Atlas through the city capital of apples in Morocco, MIDELT, a very famous by geodes and crystal mines, it is founded by the beginning of last century like many other cities that are famous with mines, in that city still buildings with A frame roves and the Christian church are still standing indicating the prints of the French existence in the city, 30 minutes later we will be at the edge of the High Atlas driving up the mountains till 1907 m through the small valleys and across the passes in between the clefs in direction of the famous village of IMILCHIL, and through the mountains and canyons. Overnight in Todra Gorges with diner and breakfast in the hotel.

Today it is preferable to go for a walk into the gorges to admire the height of the clefs of 300m high the sources of the river, and the green valley, the acre villages and mountains of Toudra, before we live in direction of the Sahara desert Merzouga, and the sand dunes ERG CHIBBI, lunch is programmed in half way before the visit of a nomadic family to learn a bite about their way of living and their accommodations, later a short stop to take some pictures for the old system of irrigation KHITTARAH, the 11th century ALMORAVIDES founded system, before the drive in the biggest valley of date palm trees in Africa with 10 millions of palms. You are invited to visit the famous factories of polishing fossils in the capital of fossils and dates in Morocco; ERFOUD, You need to be 2 hours before sunset to prepare for your camel trek to the heart of the biggest Erg in morocco, you have 1 hour of camel trek, sunset before arriving to your tents made of camel hear the same like the ones the local nomads use in their daily life. Overnight and diner in the desert camp.

Today our 4-Day tour from Fes continues and we wake early to enjoy the desert sunrise over the dunes in Merzouga. Then we ride camels back to the desert hotel and after breakfast we departure through Ziz Valley to Midelt , passing the cedar forests in Azrou to reach city of Fes. That’s the end of our Fes desert tour.