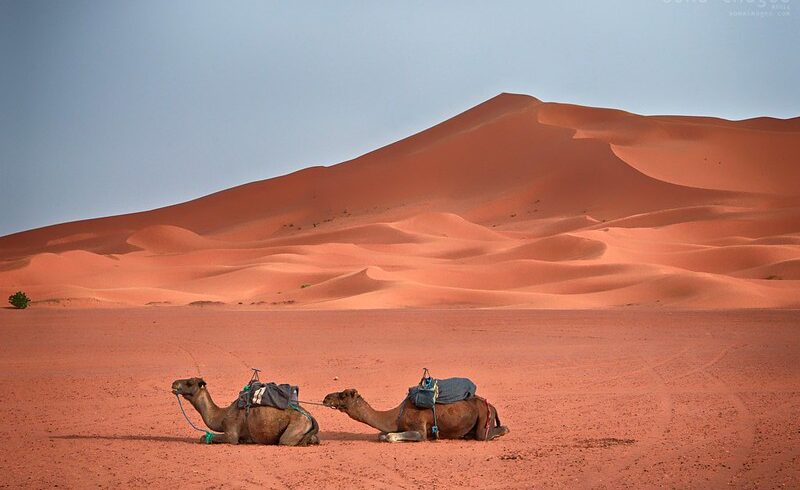 3 Days Marrakech to Merzouga Desert, in this Morocco desert. Is become the top destination for Morocco visitors, that due to all travelers find their soul in the magic of the giant Erg.

When you think to travel to Morocco, automatically the Sahara desert comes to your mind. In these Morocco desert tours be sure that you will enjoy the landscapes of Morocco.

Top highlights of 3 days from Marrakech to Merzouga desert :

Kasr the plural is Ksour in the Maghreb typically consisting of attached houses, often having collective Ghoraf ( las Ganarias) and other structures like a mosque, bath, oven, and shops. Ksour / igherman are widespread among the oasis populations of North Africa. They often are entirely within a single, continuous wall. The building material of the entire structure is normally adobe, or cut stone and adobe. The idea of the ksar as a granary is a confused notion of two things, the granary itself, found within a ksar, and the ksar, which is a village, normally with granaries within it. Ksars form one of the main manifestations of Berber architecture.

Kasbah : In the Maghreb and in Iberia, the Arabic word form of kasbah frequently refers to multiple buildings in a keep, a citadel, or several structures behind a defensive wall. The Arabic word was borrowed into Spanish as alcazaba, naming the equivalent building in Andalusia or Moorish Spain, into Portuguese as alcáçova, and into Catalan as alcassaba. A kasbah was a place for the local leader to live and a defense when a city was under attack. A kasbah has high walls, usually without windows. Sometimes, like in Tangiers, they were built on hilltops so that they could be more easily defended. Some were placed near the entrance to harbors. Having a kasbah built was a sign of wealth of some families in the city. When colonization started in 1830, in northern Algeria, there were a number of kasbahs that lasted for more than 100 years.

Our journey start from Marrakech to Dades Gorges. Across the Tizi-n-Tichka Atlas pass, with far-reaching views across the mountains, to the traditional High Atlas Berber village of Telouet and take a guided tour of the Kasbah of el Glaoui, former War Lord and Pasha of Marrakech. Continue to Ait Benhaddou to visit the UNESCO World Heritage Site of Ait Benhaddou, a spectacular fortified village (Ksour).you take your lunch at Ait benhaddou or ouarzazate and continue to Dades valley, we well spend the night in a riad/hotel.

After breakfast, we go from Dades Valley to the Sahara desert of Merzouga. Berber villages are scattered along the way. We’ll pass through Tinjdad, Jorf and Erfoud in which we’ll feel the beginning of the Saharan oasis of Tafilalet. And then continue to Merzouga. after relaxing few minuts,we go to the camels who are waiting to take us on an adventure in the sand dunes. We will spend the night in an equipped camp with drums music in the middle of the Sahara,this is a great opportunity to take lovely pictures of the sunset and sunrise,when we arrive at the camp we go to a high dunes to see the sunset , we will spend the night in nomad tents.

After seeing the sunrise we go back on camels to Merzouga after the breakfast and take shower in Hotel then start our journey backing to Ouarzazate . On the way; we visit the Berber shops containing fossils, carpets, lamps, leather…before ouarzate we crossing Draa valley ..we arrive a ouarzazate in afternoon, after visiting ,we well contunie to Marrakech